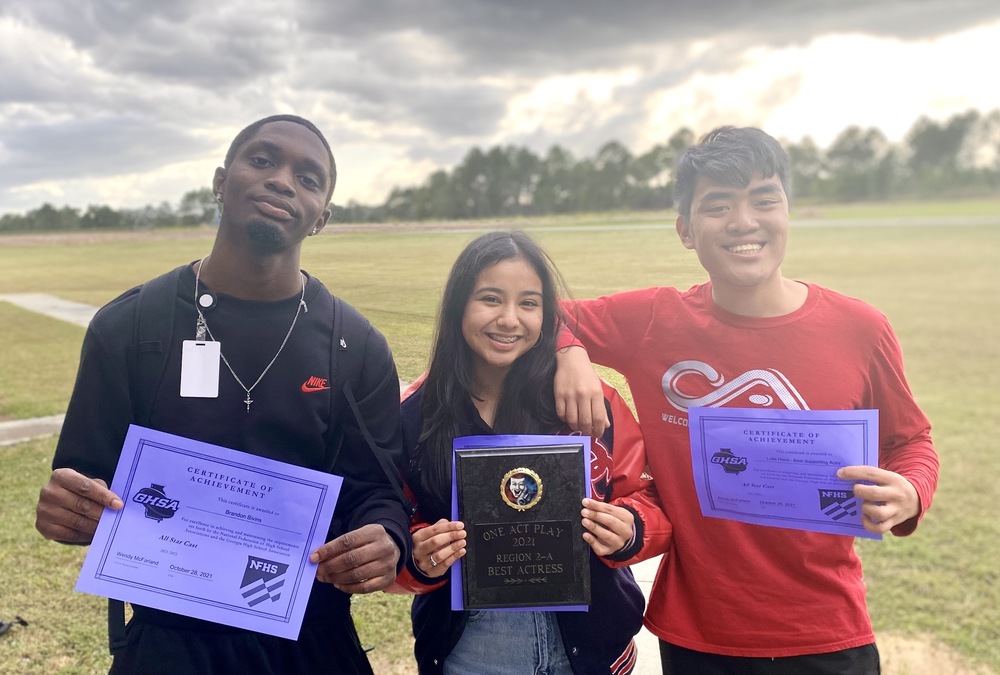 Students and staff from around Brooks County Schools were invited to the newly opened Performing Arts Center to watch the inaugural performance of Mockingbird by the Brooks County High School Drama Class. The community was invited to a performance in the evening. The next day, the actresses and actors along with Drama Instructor Lindsay Herring and Fine Arts Director Janie Jones took the show on the road and competed in the regional One Act Play competition. Actor Brandon Bivins, received the All-Star Cast Award.  Actress Adia Barrera was named Best Actress in the Region and All-Star Cast member. Actor Luke Hiers was named Best Supporting Actor in the Region and All-Star Cast member. Brandon, Adia, and Luke are members of the Class of 2022.