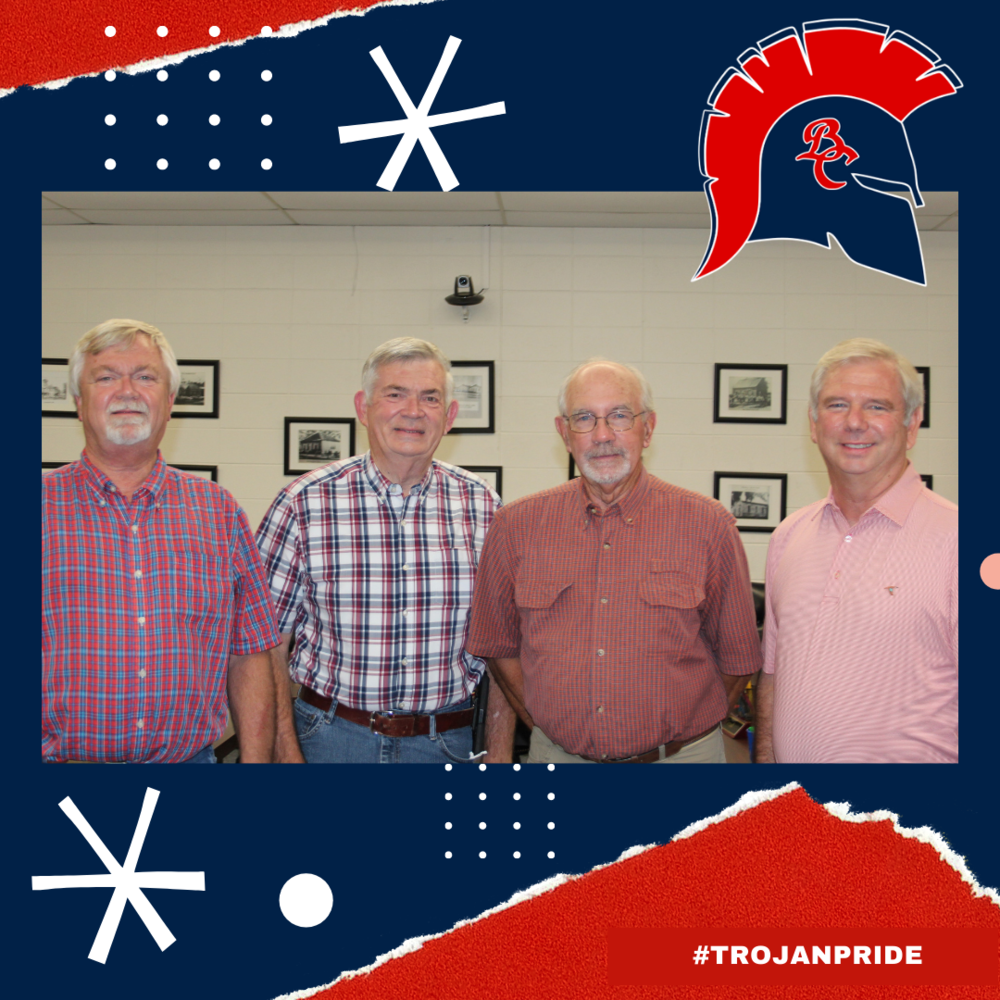 Over 100 Years of Service Recognized

At the September Board of Education meeting, Board President Larry Cunningham and the Brooks County Board of Education members recognized and honored three men who have supported Trojan football for decades. Mr. Jim Long became the voice of the Trojans during the 1970 football season and continued announcing games through the 2007 football season. Long continues to step in as the voice of the Trojans if needed on Friday nights.

In appreciation of Long’s 37 years of providing spectators play by play action and the Ley brothers’ 72 years of providing and monitoring the PA system, Cunningham provided each with a Lifetime pass for all Trojan athletic events. Brooks County Board of Education and the Athletic Department appreciate the dedication of Jim Long, as well as Billy and Greg Ley, and the 109 years of service these men have provided to Trojan football.