TEACHER OF THE YEAR 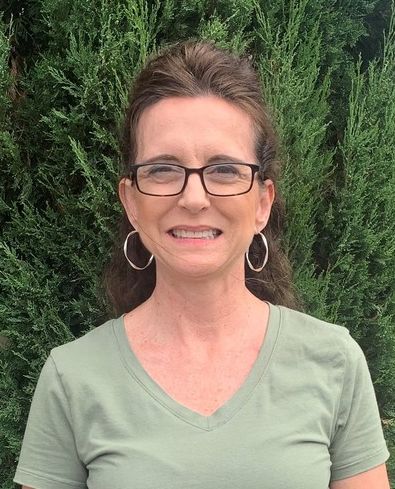 North Brooks Elementary teacher Kimberly Jones Demmons was recently named as Teacher of the Year. Mrs. Demmons graduated from Valdosta State University with a Bachelor of Science in Elementary Education and has also obtained her endorsement in Gifted education.  A veteran teacher of 29 years, Demmons has been teaching in Brooks County for seventeen years and teaches 3rd grade. As most teachers, she always wonders if she did enough or could have done more for her students.  It is a thought that continually runs through her mind. “The most rewarding aspect of teaching is having been allowed the privilege of walking alongside my students in their educational journey. It is a privilege watching students set goals for themselves and reaching goals that to them seemed difficult to reach. I enjoy developing relationships with my students and opening my heart to little humans that impact and personally change my life year after year.” stated Demmons.

Mrs. Tina Nunn, former principal of North Brooks Elementary, said, “Mrs. Demmons is passionate about teaching and learning.  She builds positive relationships with her students and differentiates to meet not only academic needs, but also social and emotional needs of her students.  There is not a day that goes by that Mrs. Demmons does not pour into her students.   It is amazing to watch the growth of her students which is a testament to the high quality instruction that she provides on a daily basis.” Demmons wants her students to know they are valued and cared for. She believes that students who know they are valued and cared about will strive to do their best. “I entered this profession because I wanted to instill in students that enter my classroom each year that I genuinely care for them, academically and personally. Each one becomes a part of my family.” said Demmons.   “I am looking forward to working with Mrs. Demmons in the upcoming school year. We are both committed to doing what is best for our students and community.” said Reggie Lee, the 2021-22 principal of North Brooks Elementary School.

Mrs. Demmons is married to Joe and is mom to Joshua Jones,  Hannah Jones,  Sarah MarLett, and Leah Jones. Her favorite hobby is being a mom and spending time with family and friends. She enjoys each moment of life as it comes. Mrs. Demmon will represent North Brooks Elementary School for the 2021-2022 school year as Teacher of the Year and will compete at the district level for the title of Brooks County Schools Teacher of the Year. The BCS Teacher of the Year will be named at the Teacher of the Year banquet hosted in the fall.  Pictured is Mrs. Kim Demmons.