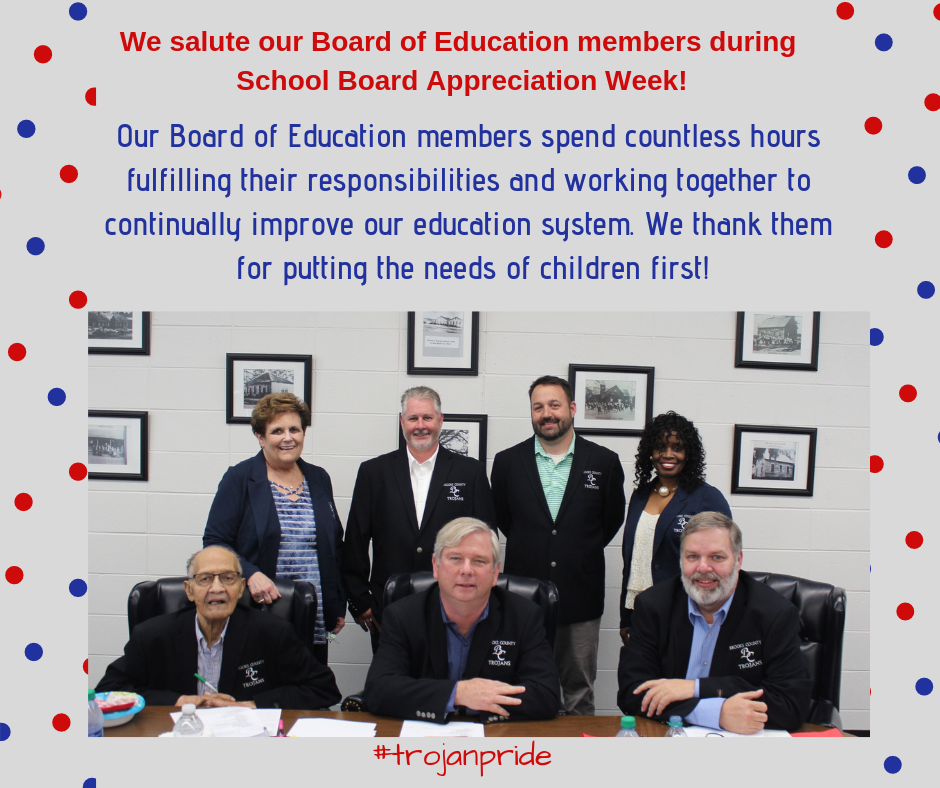 As constitutional officers of Georgia, school board members are responsible for setting educational policies, employing the superintendent to provide buildings and equipment, operate a transportation system and disbursing of school funds. As community leaders, school board members serve as advocates for the children in local public schools and must study, evaluate and decide what actions are in the best interest of those students.

The Brooks County School district joined in a statewide celebration this week to salute the efforts of local school board members. The week of March 18-22, 2019 has been proclaimed School Board Appreciation Week in Georgia. The weeklong observance calls attention to the contributions of local boards of education.